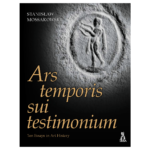 This book consists of ten articles, written in English, German, French and Italian, between 1962 and 2016. The papers, which discuss subjects ranging from medieval art to the Baroque, have been selected as the author’s most representative studies and deal with the history of architecture and art in relation to the contemporary realm of religious, philosophical, and scientific ideas.

‘ […] the studies presented here offer in many aspects a new and deepened view of the Italian Renaissance. They combine a stylistic and iconographic analytical procedure with numerous facts or relevant connotations taken from the realm of cultural history and the history of ideas.

This is the first comprehensive monograph of the French artist Jean-Baptiste Pillement (1728–1808), painter and designer, known to wider audiences mostly for his exquisite and delicate landscapes, but whose importance in the history of art lies primarily in the engravings done after his drawings and their influence in spreading the Rococo style, and particularly the taste for chinoiserie, throughout Europe.

The union of poetry and painting in the work of the great Venetian painters is the theme linking the eighteen essays by Philipp P. Fehl, brought together in this book. The author’s careful study of individual works of art by Titian, Veronese, and the Tiepolos, among others, disposes once and for all of the notion that Venetian art is aesthetically sublime but intellectually shallow.

“Craig Smyth’s book offers particular ways of thinking about the relationship between the classic and the antique in the mid-sixteenth century, about stylistic patterns, imitation, rule and license. Smyth encourages the reader to think of Mannerism as a process, of the Maniera as a discrete style.”

In this collection of essays the Swedish scholar Patrick Reuterswärd explores the complex language of signs and symbols used by man in his artistic expression. The subjects range from the art of ancient civilizations to that of the Middle Ages and of the twentieth century.

These important studies by the Israeli art historian Moshe Barasch deal with the image of the human figure from antiquity to the twentieth century. They show how in all cultures this image was conceived as being not the mere information of nature, but the reflection of cultural traditions and the religious vision of its creators.

A comprehensive collection of articles by Rachel Wischnitzer, the eminent art historian and pioneer researcher on Jewish art. The focus of her work, which spanned a period of 70 years, is on the manifold relations between European and Near Eastern cultures throughout history.

These essays trace the perception of classical art from antiquity to the present day. The articles focus on the role of restorations and patronage in the development of modern taste, and deal also with the social, psychological, and formal, or iconological, aspects of the response to classical imagery.

A wide-range collection of primary sources – including correspondence, treatises, diaries, contracts by artists, their patrons, and other contemporaries – on the role of the art and the artist in fifteenth-century Italy.

We use cookies on our website to give you the most relevant experience by remembering your preferences and repeat visits. By clicking “Accept”, you consent to the use of ALL the cookies.
Cookie settingsAccept
Manage consent

This website uses cookies to improve your experience while you navigate through the website. Out of these, the cookies that are categorized as necessary are stored on your browser as they are essential for the working of basic functionalities of the website. We also use third-party cookies that help us analyze and understand how you use this website. These cookies will be stored in your browser only with your consent. You also have the option to opt-out of these cookies. But opting out of some of these cookies may affect your browsing experience.
Necessary Always Enabled

Performance cookies are used to understand and analyze the key performance indexes of the website which helps in delivering a better user experience for the visitors.

Analytical cookies are used to understand how visitors interact with the website. These cookies help provide information on metrics the number of visitors, bounce rate, traffic source, etc.

Advertisement cookies are used to provide visitors with relevant ads and marketing campaigns. These cookies track visitors across websites and collect information to provide customized ads.

Other uncategorized cookies are those that are being analyzed and have not been classified into a category as yet.